As in previous years the tournament consisted a single group playing two games to 21 points (no setting). The pair who won most games (and most points in the event of a tie) won the tournament.

Each pair was awarded 1 point for every 2 years by which their combined age exceeded 80.

Barry Harriss (Yeovil Graduates) and Debbie Gould (Weymouth Network) once again proved too strong for everyone else, but dropped 2 games in the process. Dave and Liz Osborne lost both games to Barry and Debbie and would have tied for 1st place had they not dropped a game against Andy Knox and Sue Brazier. Still, winning all but 3 games was sufficient to clinch 2nd spot.
The next 3 pairs all won 8 games and had to be separated by points scored, with 3rd spot going to the eldest pair playing, Bryan Collins and Jackie Malton. Andy and Sue came 4th with Kenny Francis and Jane Lipton in 5th.
Even 6th and 7th places were tied, and because both pairs scored evenly in the head-to-head between them, again had to be separated by total points scored, with Cliff Aston and Amanda Patton outpointing Lindsay Smith and Jane Reddaway.
Finally, the youngest pair on show were Paul Boggust and Angela Head who finished in 8th place.

Thanks to everyone for making this an enjoyable evening. 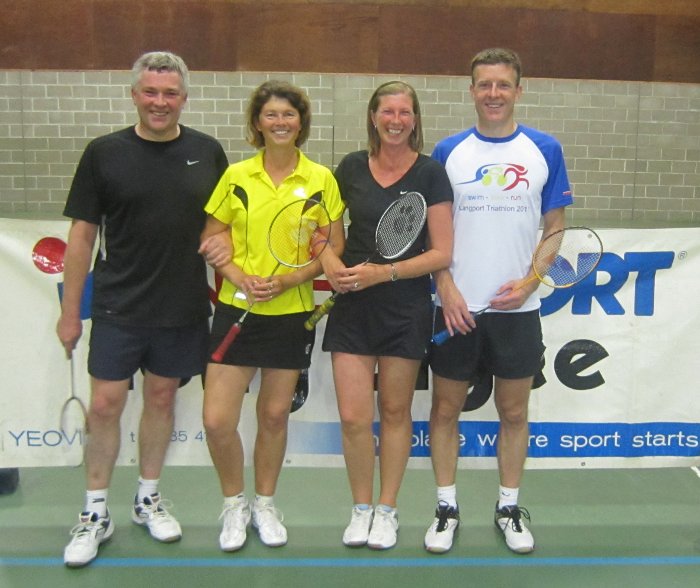