Due to lack of entries, the Division One tournament had to be cancelled.

The Division Two Tournament was played with 8 pairs in 2 groups. Each group of 4 pairs played each other in matches of 3 games with setting. Group positions would be determined by most matches won. The pairs finishing 1st and 2nd in each group would play semi-finals with the winners contesting the final and the losers contesting a 3rd-place play-off. The pairs finishing 3rd and 4th in each group would play for the minor placings in a similar knockout format. This would determine their overall finishing positions.

Here are the details...

There were some close and hard-fought matches throughout the evening with half of them going to a third game, including all six matches played between the pairs finishing in the top four places! Every pair ended up winning at least one match and every pair also lost at least one.

In a strange twist, both of the group winners lost their respective semi-finals and therefore fialed to make the final.

The final saw Alan & Liz Jones recover from a slow start to beat Lester Cawley & Sandy Sheldon. After a titanic struggle and with the score at match-point in the deciding game, a let had to be played after the players could not agree on a line call. 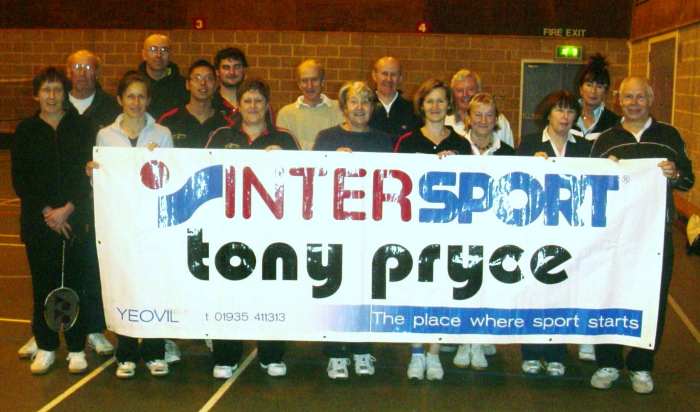