Unlike previous seasons, players were given a handicap based solely on their ability, and starting scores were adjusted accordingly.

The girls formed a single group playing each other in a single game to 15 points with no setting. After a short break they then repeated those matches with slightly adjusted handicaps and the total points scored by each player determined final positions.

Although Daisy Parsons won all games during the first round of matches she lost a couple in the 2nd round and finished in 2nd place behind Sophie Suter who lost only one game during the entire tournament.

The boys were split into 2 groups, with the top two in each group proceeding to semi-finals. All matches consisted of a single game to 21 points with no setting with positions determined by most points scored. Unfortunately Samuel Clark won group B but suffered a twisted ankle and had to concede the semi-final. Eddie Knell proved too strong and won the tournament for a second time. 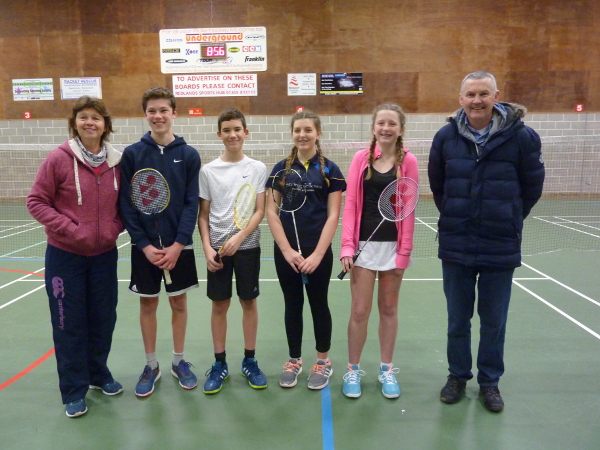