All players were given a handicap based on their age, and starting scores were adjusted accordingly.

The girls formed a single group playing each other in a single game to 21 points with no setting. To make it a bit more interesting, the handicaps were then tweaked slightly and the matches replayed! Then as there was still time remaining, the handicaps were tweaked still further and a 3rd round of matches played. Positions were decided by most games won across all three groups.

The two youngest competitors, despite getting very tired towards the end, held on to secure 1st and 2nd places, with Erin Gowers taking the runner-up spot behind Georgina Kelly who won every match despite the handicap adjustments. Well done to all the girls.

The boys also played in a single group with matches consisting of 2 games to 21 points with no setting. Positions were determined by most games won, and most points won if equal.

Charlie Squibb proved physically too strong being the oldest boy playing and won every game comfortably on his way to securing the boy's trophy for the 3rd time in 4 years. Eddie Knell did extremely well to come 2nd ahead of Jamie Bellingham, two of the youngest boys present. 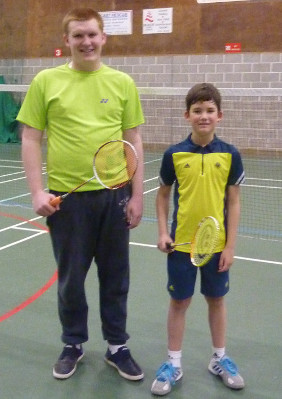 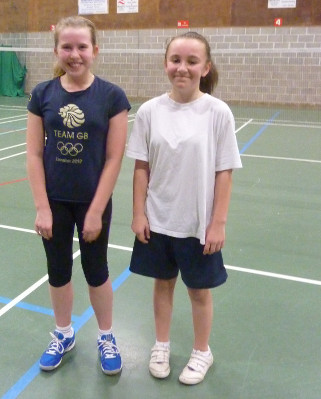