All players were given a handicap based on their age, and starting scores were adjusted accordingly.

The girls formed a single group playing each other in a single game to 21 points with no setting. To make it a bit more interesting, the handicaps were then increased by 2 points for the weaker players and the matches replayed! Then as there was still time remaining, the handicaps were increased by a further 2 points and a 3rd round of matches played. Positions were decided by most games won across all three groups.

Congratulations to Olivia Bailey who performed consistently throughout the event and finished in 1st place, just ahead of Erin Gowers who had to settle for 2nd for the second consecutive year and Eleanor Woolard who came 3rd, with Charlotte Strange in 4th.

There are no details for the Boys tournament, except that it was won by Eddie Knell who was runner-up last year. 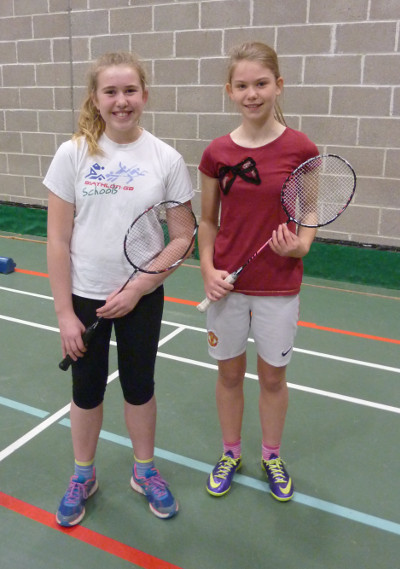