Eight pairs entered but due to injury one pair withdrew leaving seven men and seven women to contest this tournament.

Games were played to 21 points with no setting. Points scored by a pair in any single game were awarded to both players of the pair, and the total points scored over all of the rounds were accumulated to give each player an individual score. By the very nature of the tournament, players and their original partners played in totally different matches, so would not expect to attain the same scores. Only after every match had been played was the hidden handicap added to give a total score.

The Mens event was fairly tight with only 7 points separating positions 2 through 6. The winner was Robin Bugden who despite having the largest handicap played very well and won 6 of his 12 matches and deserved the overall victory. Francis Chudley finished in second spot just 1 point ahead of the remaining men.

The Ladies event was an equally tight affair and was won by Babs Bugden just 10 points ahead of Jackie Malton who, like in the Men’s tournament, was only 1 point ahead of the chasing pack. 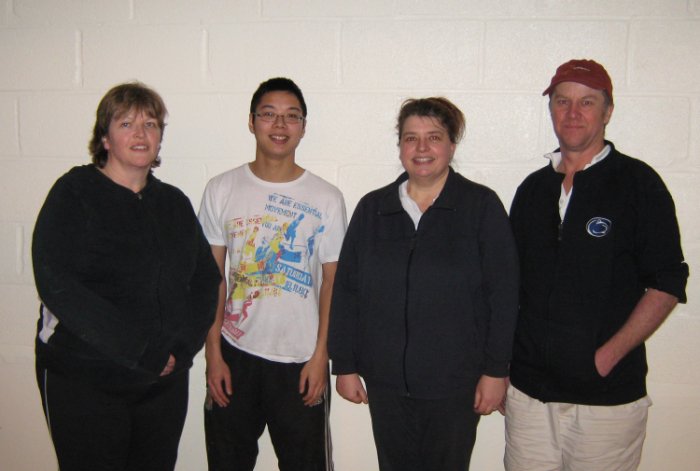