Twelve pairs, as last year, entered the tournament which was run over 4 rounds, with 3 pairs in 4 groups per round. In the first round, players played with the partner that they entered with, but then the partners went their separate ways. In subsequent rounds, each person played with entirely different partners, resulting in some strange pairings.

Points scored by a pair in any single game were awarded to both players of the pair, and the total points scored over all of the rounds were accumulated to give each player an individual score. Of course, a player and the partner that they entered with would have played in totally different matches, so would not expect to attain the same scores. Only after every match had been played was the hidden handicap added to give a total score.

In the end, the top lady was Babs Bugden beating Julie Hillier, with Steve Maros leading the men ahead of Dave Aldridge. 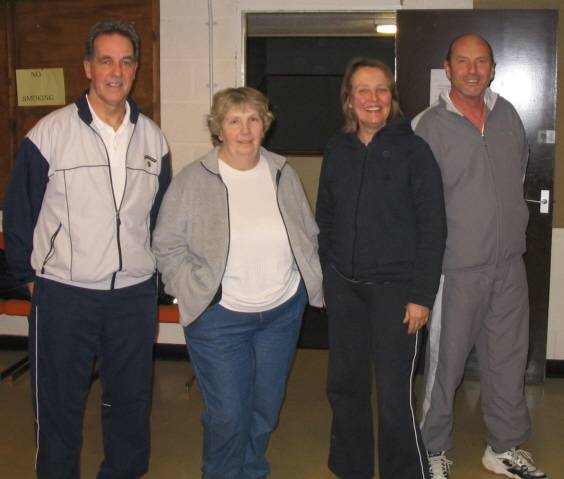